I am very happy to introduce a new program of STEM resources I have been working on in conjunction with Trent College, Long Eaton. Trent College is an amazing day and boarding school in the Independent sector catering for nursery up to 19 years.

Over the next couple of years I am developing and resourcing a high quality STEM program mainly focused on Y8 pupils but can clearly be adapted for other ages. My idea is to share all the resources (free of charge) to any school or institution who wishes to run the practical experiences for their own pupils.  Unlike some resources that you download from various sites, the idea is that these really do work and  have all the things present you need to actually teach the topic without a lot of fuss.

I only have two requests if you use the resources;  firstly you don’t try and sell any of the resources or concepts I have put together. Some have been nearly 20 years in the making and refining from myself and Science teachers across the world and are not for sale. Some images are not copyright free and are mine or from other sites. My second request is that if you have found the resources useful please let me know and write me a paragraph with your details and any positive comments. I will not share these comments widely but clearly help with development. Click on the contact field at the bottom of the site.

The document below is a rough plan I have and the pages for each activity will appear over the course of 2019-20 as I have time to make them and resource them. Hopefully if you don’t have a STEM club this will mean that you can quickly get one up and running too with minimal investment in equipment.

Permanent link to this article: https://animatedscience.co.uk/stem-timetable-introduction 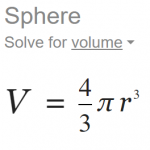 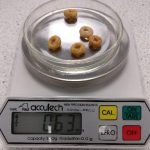 When fuels burn they release heat energy and light energy to the surroundings in exothermic reactions known as combustion reactions.

Many different compounds can be used as fuels, most commonly alkanes and alcohols. When these fuels burn, they release heat energy and light energy to the surroundings in exothermic reactions. Endothermic reactions take … 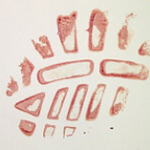 Blood Spatter Analysis
Many patterns that appear at crime scenes are useful for reconstruction. In some of the cases, these patterns can be “collected” only by documentation; that is, they cannot be “packaged” and taken back to the crime lab. If these patterns are interpreted properly, they can provide information about the events and can often … 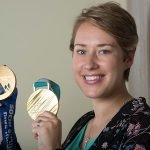 Lizzy Yarnold Challenge
Lizzy Yarnold OBE cemented her place in sporting history after winning every major title in her sport of skeleton in just 407 days. Lizzy won her first World Championship gold medal at the 2015 event in Winterberg, Germany (with two track records) to add to her Grand Slam collection of the Olympic and … 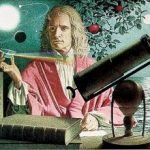 One of the most influential scientists of the 17th century was Isaac Newton. He introduced what became the basis of all modern physics with his three laws of motion, but what many people don’t know is that Isaac Newton was a mystic person and extremely interested in alchemy. 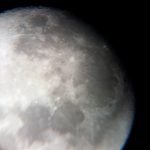 Lunar Astronomy and The Constellations

Lunar Astronomy and The Constellations

One of the first fun things to do with Space is look a the moon which is clearly very close and easy to find with binoculars or a more advanced telescope. The second is to try and look at some constellations OR planets which are a bit more tricky.
This resource should … 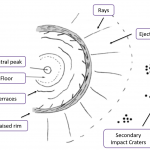 Moon Craters
Most scientists believe the moon and Earth have been bombarded by meteorites at a constant rate for the past few billion years. New research suggests that – in the past 300 million years – it’s been happening 2 to 3 times more frequently.
The word crater was adopted from the Greek word for vessel. Galileo built his first …