This is a great “technical practical” that you can use to investigate how a lever works, but in
a fun practical way. It requires some tricky kit, so you might need to go do to the local tyre shop to see if they will let you have a go!

Safety: to avoid cuts or crushing injury wear gloves and heavy duty shoes, in case your hands slip on the lever as you apply forces. 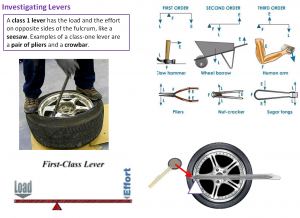 Permanent link to this article: https://animatedscience.co.uk/2016/investigating-levers-aqa-triple-science-p3-stretch-project

Here is set of Tarsia Puzzles you are free to use for revision for AS AQA Physics in the main. You will need to right click to download, then also put the tarsia formulator on your PC to view and edit…

7 to 9 Vectors and Forces Tarsia

Permanent link to this article: https://animatedscience.co.uk/2016/tarsia-puzzles-for-a-level-physics

Permanent link to this article: https://animatedscience.co.uk/2016/bbc-news-james-webbs-mirror-is-revealed

Here are a set of resources to help with iGCSE forces and Astronomy Section. The syllabus aims are shown below and also all the resources for the lesson. The idea is to have a printed version of the PPT ideally or use on a PC where you can edit it, or view on a tablet. As you work through the activities you should have a 2nd browser tab open for the quiz, and work through the questions as you go. Also linked from the quiz are some breakout videos to view if you get stuck. I would also suggest you download a QR Code reader so you can find any links quickly.

1.32 Understand gravitational field strength, g, and recall that it is different on other planets and the moon from that on the Earth

1.34 Describe the differences in the orbits of comets, moons and planets

1.35 Use the relationship between orbital speed, orbital radius and time period

iSpring PDF version (if you cannot load the quiz)

Permanent link to this article: https://animatedscience.co.uk/2016/igcse-physics-forces-astronomy 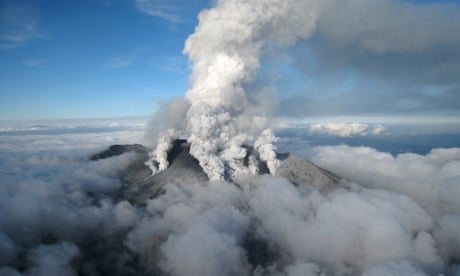 Permanent link to this article: https://animatedscience.co.uk/2015/roundworm-good-hookworm-bad